Marching Mothers of Hillsboro honored half a century later

The city of Hillsboro honored the legacy of a group of mothers and children Saturday at the Highland County Courthouse. The “Marching Mothers of Hillsboro” marched for their children’s right to a fair education over half a century ago.

In the 1950’s, Hillsboro Schools refused to follow the federal mandate from the Supreme Court ruling of Brown v. Board of Education which integrated schools. Still, 17 mothers and 32 children spent years marching to Webster elementary school where their children were refused entrance.

The ceremony was cosponsored by Hillsboro Against Racism & Discrimination (HARD), the New Hope Baptist Church and the city of Hillsboro. 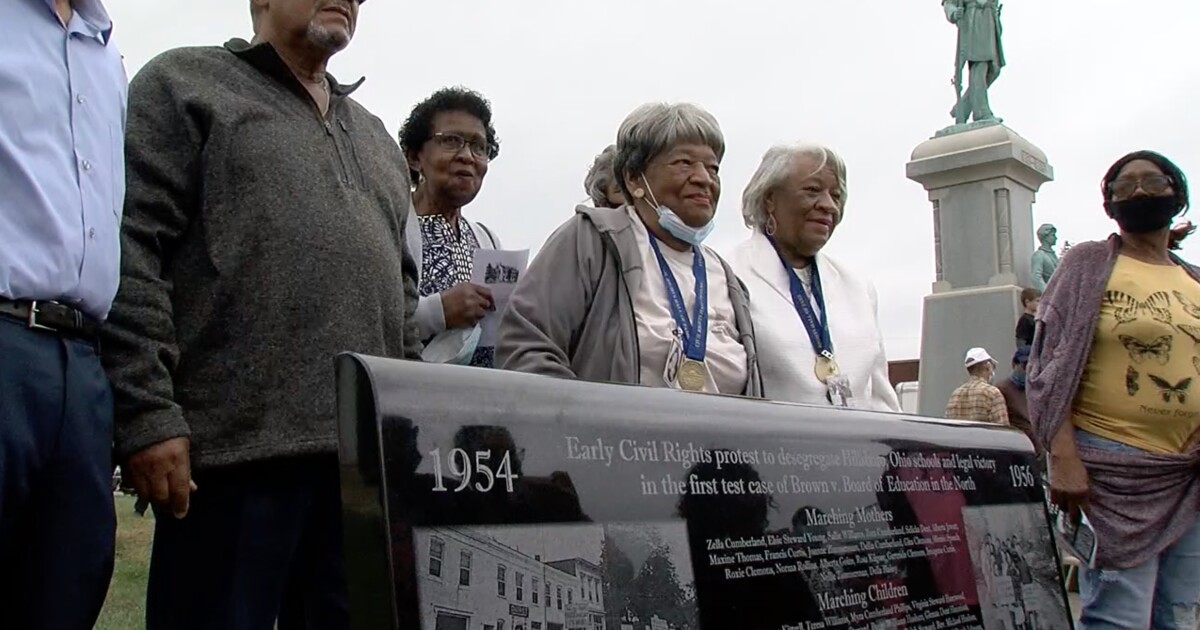