Students in California are now allowed to sit three feet apart in classrooms — instead of four or six feet — in guidelines state officials issued over the weekend, a major change in policy that will exert pressure on local officials to consider a faster and more complete reopening of campuses that have been closed for over a year in response to the COVID-19 pandemic.

Local education leaders, however, will have the final say — and Los Angeles schools Supt. Austin Beutner said Sunday that the L.A. Unified School District would keep the six-foot rule.

Still, the ground has shifted rapidly since the federal Centers for Disease Control and Prevention on Friday announced its endorsement of a three-foot rule for elementary schools. The agency also OKd three-foot desk spacing on campuses with older students, but there are substantial caveats, including the rate of coronavirus cases in the community. 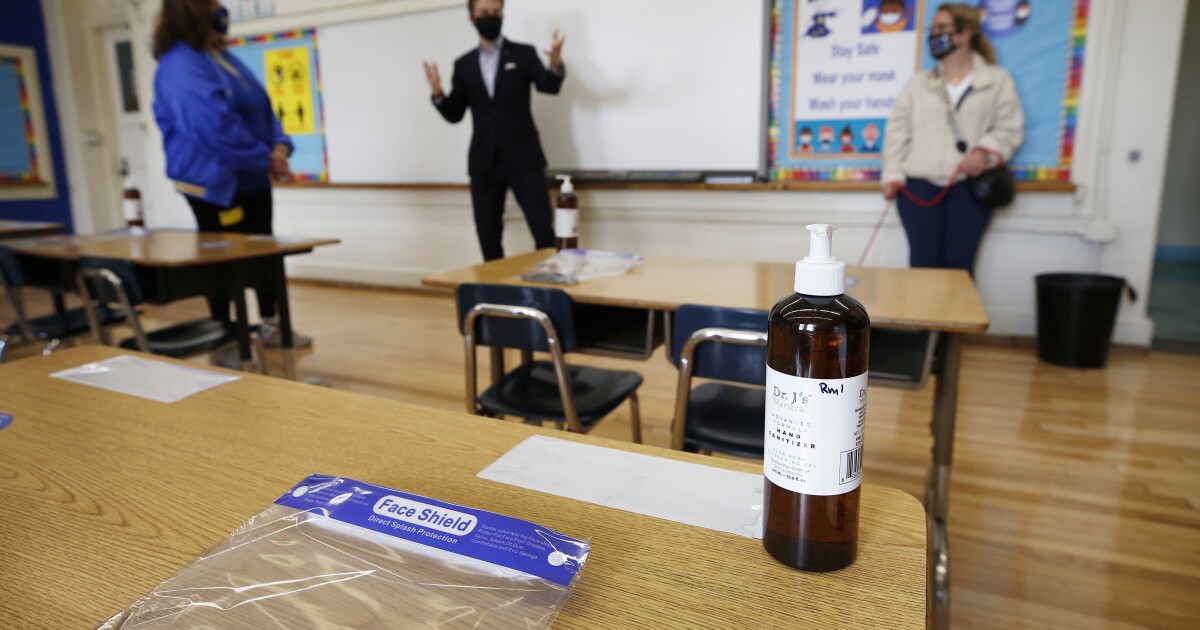