“Kailee is everything that we want our student-athletes to be,” Oak Hills athletic director Ben Hageman said. “Her dedication to the classroom in addition to being a four-sport athlete takes incredible dedication and commitment.” 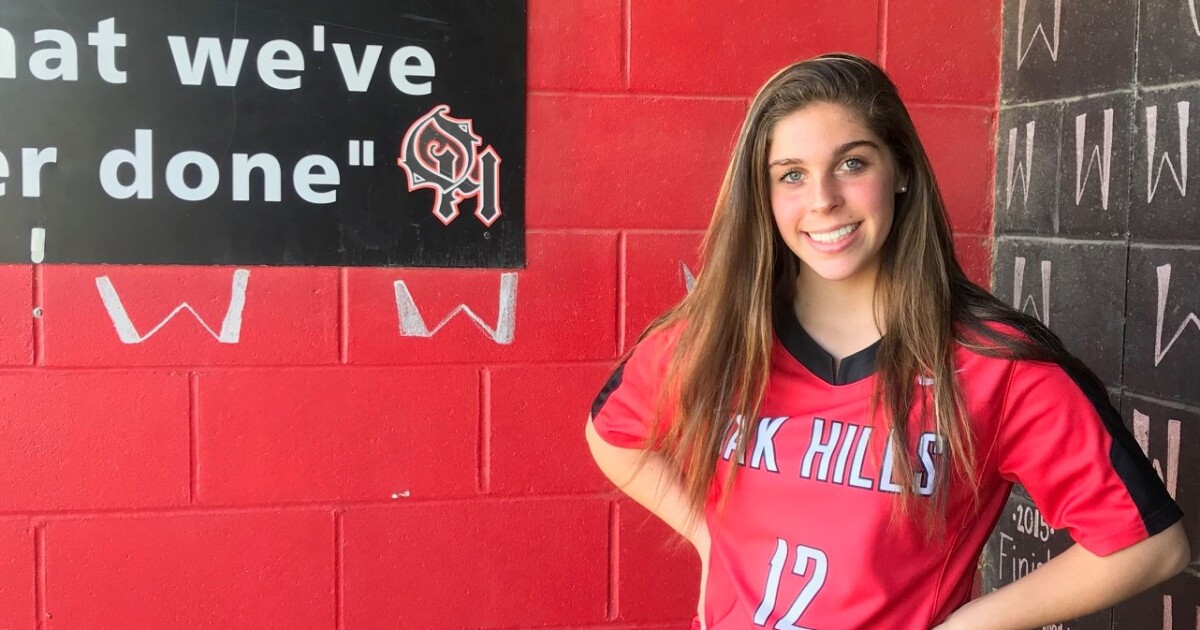 This year getting to play on the field can’t be taken for granted. “There are states around us who don’t have this opportunity,” said Doug Ute, the Executive Director of the Ohio High School Athletic Association. But in order for the plays to continue, he says rules must be followed.

“If they don’t follow the rules we could become a place to spread the virus through our events, and we don’t want to do that because that would shut down our contests… shutdown our children’s opportunity to compete in sports,” he said.

“If we have fans that do not choose to follow that order then they need to be asked to put your mask on or please, it’s time you can’t stay and watch your loved one participate,” said Ute.

More than a thousand people from Warren County and beyond came out in droves during Little Miami’s homecoming game to support the two football players briefly suspended for carrying a thin blue and thin red line flag at a game two weeks ago.

The game on 9/11 caused a firestorm of controversy between the community and school officials after the kids were suspended.

The school later reinstated the boys, ruling the incident was not politically motivated.

In a statement, the Logan-Hocking Local School District identified the woman as a fan of the opposing team. The opponent in the game was Marietta.

In a news release Monday morning, Logan police identified the woman as Alicia Kitts and the officer as School Resource Officer Chris Smith. The statement asserts that Kitts was not tased for failing to wear a mask but for failing for comply with Smith’s request that she leave.

This morning, Logan schools were placed on lockout after receiving threats district-wide, according to superintendent Monte Bainter. Law enforcement is investigating, and it is believed the threats are related to the incident at the game.

Athletic Director Doug Foote presented athletic trainer Kari Boehmker with the Leading Lion Award in recognition of her response to two medical situations during a game day in late August. If not for her quick thinking and actions, what started out as a great day could have quickly turned disastrous, Mr. Foote explained.

The Ohio High School Athletic Association has announced new regional alignments for the upcoming football playoffs after 664 schools opted in for the postseason. In a normal season, 224 schools qualify for the playoffs, with eight schools from each of 28 regions earning a bid through the OHSAA’s Harbin computer ratings system, which will not be used this season.

The Health Department approved all requests quickly, often the same day it received them, although some local departments reduced districts’ requests before they went to the state for approval, according to district requests and the state’s responses, obtained by The Associated Press through the open records law.

The Ohio High School Athletic Association said Thursday afternoon it doesn’t expect any plans to change the start of the winter sports season during the COVID-19 pandemic, but it will continue a dialogue with the Ohio governor’s office and Ohio Department of Health.

Last week, OHSAA executive director Doug Ute told a statewide media group that the OHSAA planned to go ahead with its winter season starting on time unless told otherwise by the governor’s office or health department.